How will Binary Options be Affected by Brexit? 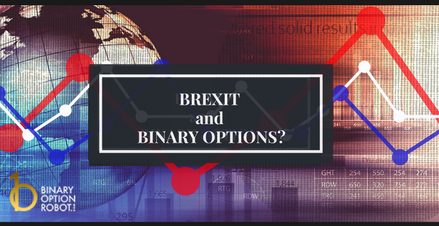 Brexit has been the main topic on everyone’s mind for the past nine months. Not only will the separation from EU affect the United Kingdom but it will probably have worldwide effects, with the focus on the European Union and its citizens. The UK triggered the Article 50 for official divorce negotiations which will include all possible societal categories; from migrations, healthcare, education to financial market and specifically binary options trading across Europe.

According to the British Prime Minister Theresa May, the UK willfully acknowledges and accepts inevitable consequences of the UK leaving the European Union. One of those consequences is certainly the trading agreement which will now elicit big changes in the European market.

The question on everyone’s mind is not will Brexit have any effect on binary options trading, but rather when will those consequences be visible, what exactly are they and how intense are the effects going to be. As things stand at the present moment, there is no possible way to accurately predict all those changes but there are certainly multiple indicators involving the currency status, market fluctuations, and others, that can begin to tell the story.

United Kingdom is definitely going out from the EU and this decision won’t leave binary industry unaffected. We all know that the UK is a very big player in the financial world and they are also one of the most important assets in EU.

Now when we know the final result, we can only adapt and stay informed about the market news and financial events that are currently going on. In a very short period, Brexit referendum has caused a lot of instability in financial market and traders have and will experience a lot of changes, not only with Pound.

There is also a possibility that FCA regulator changes their interests and that trading binary options become a bit different than it was before.

What Opportunities will Traders have after Brexit?

According to financial specialists, recovery for British pound is almost not possible in the near future. After Brexit has become a reality following a referendum in June 2016, the value of the British pound has started to fall down. Regarding this, market industry indicates that traders have become too bearish towards British Pound.

The option for profiting in binary options is to trade with GBP and EUR so basically, traders will mostly trade for this currency pair. The benefit of trading with binary options during this time is that traders can take big advantage of fluctuating market because traders are placing trades on the price movement of certain assets. This way, traders can capitalize their profits by taking the advantage of the market volatility.

Traders who mostly trade on currency pairs can focus on trading with GBPUSD pair since there is a big possibility for Pound to fall against the dollar. Using the most important technical indicators like Fibonacci, Elliot Wave or Moving Averages will bring the most use out of this strategy.