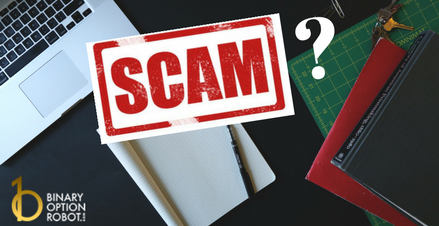 According to the powerful tool Google Trends, we have detected Orion Code, a new binary software has started to increase their popularity. We constantly track all binary options robots on the market in order to get the latest news about their services. Most traders don’t know how to find out if the binary software is legit and reliable for trading, so they usually find the first software thinking that it will make them a lot of profits.

Orion Code software has created a lot of rumors about being a serious scam and in the further text, we will discuss possible facts that will reveal Orion Code’s background.

We have already reviewed some obvious scam robots like Lucrosa Software and now we have decided to share news about this binary robot too. The popularity of Orion Code rose unbelievably fast and we couldn’t believe that suspicious binary product like that managed to succeed in its popularity.

Orion Code started providing “binary options services” in October 2016. From then, the popularity grew fast and unfortunately, there were many traders that have lost their investments with this software. Most of the traders fall for the scam because they are inexperienced and they didn’t know how to detect if the software is fraudulent.

Why is Orion Code suspicious?

First sign that looks suspicious is that nobody that want to represent its product makes a video in front of “his” plane. Allegedly, Edward Robinson becomes very rich and now he wants to help other people to make profits for free. Let us discuss something first, nothing comes for free.

Trading binary options is a very risky investing type and all traders should know that trading binary options include investing their own money in order to get the opportunity to make profits. In Orion Code story Edward first talks about his millions and how he constantly travels over the globe. There is no evidence that this is true, but this is a classic scam scheme that might take your money away.

Edward presented himself as the famous businessman that was often mentioned in financial magazines like Forbes, but we have to say that we haven’t found any of this information correct.

Robinson says that people call him “the nicest rich guy in the world” because he wants to help people. We all know that nobody wants to give his money just because he is rich and he has enough money.

Allegedly Robinson confirmed traders can make a lot of money without investing anything, which sounds good but we all know it is impossible. Orion Code site claims traders can profit up to $10,000 a day.

While we have watching Orion Code video we have been shocked with what crazy information we have heard. Basically, Robinson tricks poor people with financial problems to start trading with Orion Code and promising them they will become rich. In this video, he shows his laptop screen with people and profits they have made until now.

During the video, he also receives an SMS message by some David that allegedly becomes a millionaire in just a few months. It is interesting how this David become rich in such a short period. Remember the fact that Orion Code opened its doors in October 2016.

According to the Edward, Orion Code is profitable binary options software that is 100% guaranteed to make profits every day. The founder of Orion Code promises traders will have unlimited profits for an unlimited amount of time. The craziest part is that he claims traders won’t have any losses and that money will just keep coming, which is again hard to believe.

According to the news and materials, we have found about Orion Code on the internet sites, the real true is far from what Edward claims to be. We have found traders that confirmed they have been scammed and lost their money with this software.

Most people are deceived by sweet stories they want to hear. It is important to read product reviews that could help them decide if software is legit and provides transparent services.

What is Orion Code Robot?

According to the video, Orion Code is binary options system that is able to generate and place binary signals for traders. It is connected with some binary brokers. As confirmed by Edward, Orion Code software is able to place trades quicker than any other binary software on the market. The faster the software – the better the results, he said.

It is all about the technology. Having the right piece of software working for you to generate 100% wins, guaranteed.

Orion Code places trades on all global financial markets and this is the reason it is so successful. The software is 100% automated and it does not include any additional actions from the trader’s side.

Orion Code is based on NQS technology which according to the video stands for “Near Orion Speed”. The NQS technology is being developed for many years and finally, they managed to integrate it into successful software Orion Code.

According to the Orion Code developer, this technology is able to analyze markets in real time and it scrapes other trades by buying and selling the trades before them. This way Orion Code makes the advantage and it becomes successful because it beats others in the game.

We want to awake traders that are not informed about the threats which are immanent on the market. We have found much vague information with Orion Code so we want traders to be careful when they register with this software.

Instead of trading with Orion Code, traders can think about registering with other robots that are reviewed on our site. The best example is Binary Options Robot, the software we all know for many years and which enabled traders to register with reliable binary brokers too.

Read more about a robot in our Binary Options Robot review and find out if this is the software you want to register with instead!